One of Brazil's main assets, which helped the country to win the bid to host the 2016 Summer Olympics, six years ago, was the transformation power that the event will bring to both Rio de Janeiro and the country. Tokyo, Madrid and Chicago were also in the run. We showed the organizing committee that, in Brazil, the event would find the best ground to generate its capacity to promote change but also to leave an effective legacy to the society.

A little less than a year to the Olympic Games, we can prove that the choice could not be more right. Residents and visitors to Rio de Janeiro are witnessing a city in full transformation. The Olympics accelerated historically needed investments. Of the $11.5 billion invested, only $1.85 billion will go to specific structures for the games. The rest are improvements that will remain in the city as a legacy.

The 2016 Olympic and Paralympic Games are seen as a means to accelerate urban projects and to improve the quality of life for Rio's citizens. Among the projects that are being delivered to its residents, there are expansion and integration of mass transport, restructuring of the historic Port area, construction of an Emergency Operation Centre, sanitation and waste management improvements.

This transformation in Rio de Janeiro will only be complete with the participation of people from all over the world; if we are able to achieve the Olympic symbol that unites the world in the five colored circles. As Minister of Tourism of Brazil, it is my mission to create a hospitable environment to allow the international visitor to celebrate this experience with us.

The United States, which reaffirms its sporting hegemony in each edition of the Olympic Games, is of particular importance in this context. North Americans are the ones who remain longer and spend more in Brazil. In 2014, the U.S. sent 656,800 tourists to Brazil, equivalent to just over 10 percent of the 6.43 million international visitors we have received this year.

And we are committed to strengthening our relationship with the Americans. Exceptionally, Brazil can (unilaterally) suspend the need for foreign visas to come to the country until September 18, 2016. This measure has already been passed by the House of Representatives, ensuring a 90-day stay for visitors who normally would need a visa. This bill must be approved by the Senate in the coming weeks and depends on careful and fair assessment of the government of President Dilma Rousseff, who needs to sign the bill. Unlike what happened during the World Cup, visitors will not need Olympic Games tickets to benefit from this measure.

Next year, we will live the apex of the international mega-events calendar, which Brazil took on the challenge to host. Since 2012, we hosted three Formula 1 grand prix, the last two elected by drivers and teams as the best organized in the league; Rio+20, with leaders from all continents; World Youth Day (WYD), the first public event by Pope Francis; the FIFA Confederations Cup 2013 and the FIFA World Cup 2014.

During the FIFA World Cup 2014, we conducted survey among international tourists and 95 percent said they intended to return to Brazil. They approved what they saw and experienced. So I feel very comfortable and safe in making a public invitation: come to participate in this moment of transformation of our country and experience the Olympic and Paralympic Games with us. 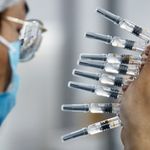 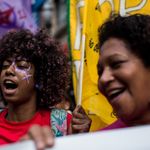 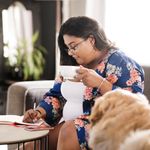 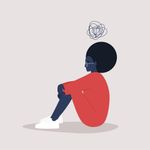 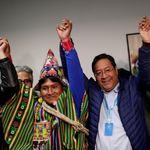 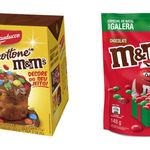